♦   For a free copy of the script or to ask about rights, contact:
davidnicholson.comedies@gmail.com 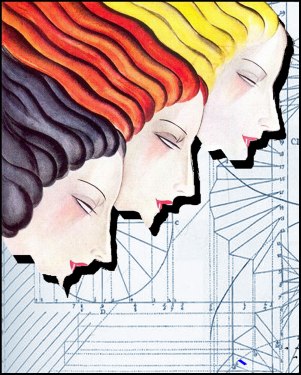 Les Femmes Savantes, Molière’s second last play, has been performed over 2000 times at the Comédie-Française in Paris since 1680. It’s difficult to find a time without a production of Les Femmes Savantes on stage somewhere in the French-speaking world.

Brief synopsis of plot and characters:

Philaminte, wife and mother, head of the household and head of a small society of women eager to learn and become learned.  She is joined in this by her sister-in-law Belise and her older daughter Armande.  Belise has remained unmarried, yet believes every man wants to marry her.  Armande has decided to focus on philosophy without regard for her emotional life.  Philaminte’s major weakness is her willingness to be guided by the intellectual poseur Trissotin. In fact, she has decided that he should marry her younger daughter Henriette – the only female member of the family uninterested in what he was to offer.  Henriette is aghast at her mother’s decision, all the more because she is in love with Clitandre – a young man previously spurned by Armande. Chrysale, Henriette’s father, vows to make her wishes come true, although his poor track record of standing up to Philaminte does not augur well for his success, despite his brother Ariste’s wise counsel.  Chrysale’s only other ally is Martine, the household maid fired by Philaminte for felony misuse of grammar.  The first to announce the true venality of Trissotin is Vadius, his rival in literature (“he knows Greek!”)  It takes a ruse by Ariste to make the others, even Philaminte, see the truth.

Educating Women is my modern translation of Molière’s 17th century comedy – replacing verse with a heightened level of prose which would not be out of place in any period or setting from 1672 to modern day. My goal was to allow English-language directors the same wide scope enjoyed by their counterparts taking on the original French classic.

Educating Women has five good roles for women.  Its theme is not the folly of educating women above their place (as some 19th century critics happily believed) but the too-human credulity of three particular women in the face of pseudo-intellectualism, pretension and hypocrisy – themes as relevant (and comic) today as they were 340 years ago.  In this play, Molière spares no one.

Monique Spaziani, noted Quebec actress who played Philaminte in a 2004 production at Théâtre Denise-Pelletier, Montreal, summed up her views on the play:

“It’s a subtle text. To do justice to it, one must avoid caricature, at the same time taking care not to turn comedy into drama.  As is often the case when Molière put pen to page, his characters teem with contradictions. They are extremely human.” [my translation]

[Martine, the household maid, has just been fired by Philaminte]

PHILAMINTE        She wasn’t hired as a butcher, but that’s what she does to language.  She takes every rule of proper usage and hacks it into tiny pieces, which she then uses higgledy-piggledy to assault our ears.  I just can’t stand it.

BELISE                    It’s ironic – she destroys whole treatises of grammar on a daily basis, yet one could fill an entire dictionary with her faults – from ambiguous to zombified.

CHRYSALE            What does it matter if she butchers grammar as long as she doesn’t do the same to dinner?  An onion remains an onion when a cook doesn’t line up nouns and verbs but a cutlet burned is a cutlet destroyed.  I’m sure your grammatical authorities can turn a more elegant phrase, but I doubt their soup’s as tasty.

PHILAMINTE        You call yourself a man . . . you debase the word.  No man needs to wallow in physical appetites when he could lift his eyes and mind to the spiritual realm.  The body, this bag of rags and bones – is it of such importance to you?  You should regard it as a limitation to transcend.

BELISE                    Body and mind will always be united, brother, but learned persons accept that mind is supreme in that cohabitation.  People of our sort must nourish the intellect so it can take its rightful place.

PHILAMINTE        We talk of rights now, husband.  Charity is a word whose time has come and gone.